The story of Dream Writer revolves around the protagonist Shobha, who sees varied, colorful dreams with unusual characters – a boy who talks to fishes, furry cats and the sound of clacking needles. However, she is always woken up before she can see the end. She’s eager to know how all of her dreams end. A conversation with her English teacher helps her in navigating through her complex flights of fantasy.

But this girl with adventurous night-time dreams is physically disabled. The interesting bit – there is no explicit mention of this anywhere in the text (the closest word to describing this is ‘wheeling’, but since there is hardly any other context provided, it is easy to miss this). The focus is always on Shobha and the discovery and expression of her dream world. That she is disabled is sort of a ‘hidden’ element of the story, and the text relies on the illustrations quite heavily to convey this. If ones read the text without the illustrations, it could be the story of any child.

The first prominent visual of the wheelchair features when the story is already halfway through, lending it some shock value. When I read the book, I was distinctly surprised to see the wheelchair – so much so that I flipped through the previous pages to see if I had missed any clues and indeed I had. The wheelchair was there in the previous pages too – the handles of the wheelchair appear in the background when Shobha is introduced for the first time. It appears again on the page where she is looking out of the window. I was really intrigued by this – was it by intention that the wheelchair did not feature prominently up to a certain point? So I decided to conduct a little experiment. I read out the story to a friend (a theatre artist). He too noticed the wheelchair only when Shobha is actually shown sitting in it.

The other interesting thing was that I felt a change in my reaction once I realised that Shobha was a disabled child. Neither the cover nor the book description had prepared me for this. Suddenly the story became more than just the story of a young girl with unusual dreams. It felt as though there was a distinct need to take notice because there is a certain way that you’re supposed to feel about a text like this. After some reflection, I felt good that there had been an attempt to portray Shobha as a child first and then a person with disability. Her days are relatively normal – her sister ‘kicks’ her out of bed, her father chides her about dreaming distractedly as he shaves in the morning, her cousins falling over each other and so on. A review by Prabha Ram captures this beautifully: “The slightly poignant touch added to the pictures reveals a parallel thread that the reader sees unfolding – a hidden story element that does not needlessly parade pity, but one that speaks the state as is and deserves five stars for the not-at-all-heavy handling of it.”

My response to this book has evolved through multiple readings. There are other elements which I’ve started taking notice of. In her dreams (which are often a reflection of the subconscious), Shobha is always portrayed as a person without physical disabilities. In a book which relies so heavily on illustration to bring out the theme without stating it explicitly, this makes it feel like there is something that doesn’t add up. While on one hand dreams are supposed to be ‘dreamy’ places which don’t always reflect reality, on the other hand this portrayal runs the risk of suggesting that the ideal or aspirational state for a physically disabled person is to be ‘normal’ (as is reflected through her dreams).

The text also made me partially re-live the feeling of bafflement that unusual dreams leave behind, just like the illustration in which all of Shobha’s dreams come together – beautiful, but somewhat messy. Not everything made sense at one go and I had to go back several times to be able to connect all the different threads. Just like dreams.

I would use this book with the age group 8-10 years for a read-aloud activity and open it for discussion afterwards. I think the book provides the opportunity to talk to children about two things in particular – to talk and think about their own dreams and explore their feelings about those. Second and more importantly, it can help open up a discussion around disability. Some of the prompts to help open up the discussion could be: 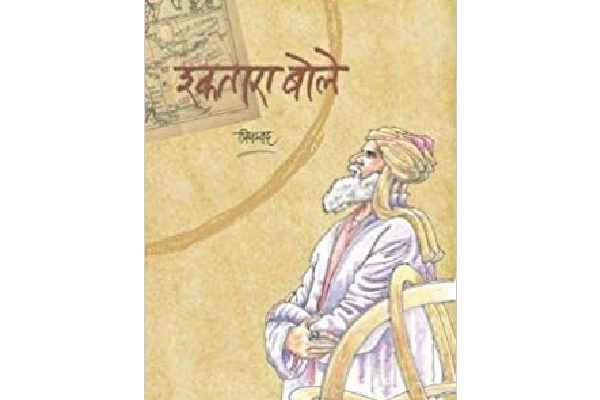 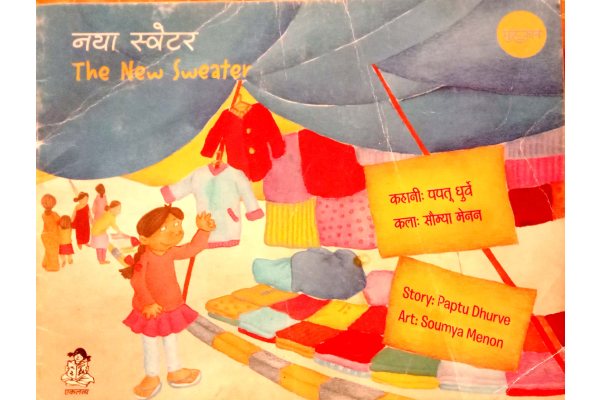