When Anant Pai chose to tell Indian stories through comics he was viewed with great skepticism. The year was 1967. A time when comics had to be hidden in atlases and read. It was a medium which had more pictures than words, spoke in casual language, used slang, and definitely did not seem to teach anything.

I remember that my school library did not have a single comic but I also remember how as children we savoured and shared any comic we could lay our hands on. Beano, Superman, not to forget the Phantom comic strips that appeared in Illustrated Weekly.

Kids loved comics. Adults read them too. But when it came to buying reading material, children were told to buy books and not comics. They seemed frivolous and clearly not worth investing in.

It was at such a time that Amar Chitra Katha made its first appearance. We were attempting to tell stories from Indian mythology and history in a western format. Rather ambitious!

The story about how the thought of telling our stories through comics came to our founder editor Anant Pai is a much told one. But for those who have not heard it, Mr Pai was in Delhi and had stopped outside an electronics shop to watch a quiz contest being shown on television. The quiz master asked the boys, “In Greek mythology, who is the lord of the seas?”

Moving on to the next team, the quiz master asked, “Who was the mother of Rama?”

There was a silence. The quiz master waited for a bit and then the question was passed on. But no one seemed to know the answer.

The young man was shocked. How was it that Indian children knew about Poseidon and not about Rama?

He walked away determined to change things – there was a need to acquaint Indian children with their heritage, particularly the urban child. And what better way than to use a medium they enjoyed and understood – comics!

The challenge was to present our gods and our heroes in the comics format without hurting any sentiments.

When we started, Mr Pai had some very simple guidelines for the team –

All the scripts would be first written in English. No slang was permitted. The aim was to get the comics accepted by school libraries. The language in Amar Chitra Katha has sometimes been called archaic but it was a conscious decision to try and convey some of the richness of the ancient texts and the atmosphere of a period.

As important as the script was the art. The cartoon style could be adopted for folktales and fables. But for mythology, history as well as biographies, we needed realistic illustrations. Mr Pai once told me how one of our artists, Ram Waeerkar, had come to him and wondered how he could possibly draw so many angles to the human physique. He was bound to get some proportion wrong. Mr Pai asked him to stand between multiple full-length mirrors and sketch himself to get it right! Today, the computers do ‘turnarounds’ with so much ease!

For drawing the gods the artists took inspiration from the frescoes at Ajanta and Ellora, from the sculptures at Elephanta. The carvings and paintings in temples helped create the physical image of Vishnu or Krishna – a form which is seen as both male and female in structure.

The work of artists like Ravi Varma had a huge impact.

The mudras and expressions in Indian classical dance were used to express emotions and actions in the drawings.

The old texts were researched for authenticity of costume. These could not be always adhered to but the closest acceptable version adopted. It is said that Shakuntala wore clothes made from the bark of trees. But to make it visually appealing we gave her clothes some colour.

Trial and error, complete conviction and sometimes pure intuition, hard core marketing insight, personal commitment and very hard work – all these went into making the comic that Amar Chitra Katha is today. A truly indigenous comic style which once prompted a well-known international artist to tell us, “What you have created are not comics, but, art.”

Uncle Pai believed that if a child was acquainted with her heritage she would develop self-esteem and a strong sense of identity. So that, wherever she went out into the world she could imbibe the best of every culture without losing sight of her own. That is the belief on which Amar Chitra Katha was built, and that is the vision with which we move forward even today.

Libraries have an enormous potential in nurturing an active and vibrant learning space, wherein children with diverse interests can engage with books, access a rich collection of literature and engage with collaborative as well as self-directed learning. 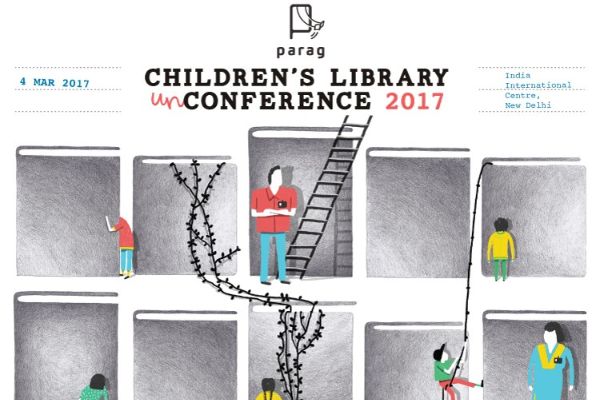