The earliest stories that interested me came from the oral tradition. Having born into a Hindu higher caste Brahmin family in Kerala more than half a century ago, I remember chanting prayers at sunset with all my cousins in the joint family, in front of a traditional lamp.

The words in these prayers often described different names of Gods and also contained songs in the form of stories taken from Hindu epics and scriptures like Mahabharatha, Bhagavath, Ramayana, etc. The flickering flames of the lamp and the smell of burning oil (usually coconut oil or sesame oil) used to provide an eeriness to the atmosphere which blended with the stories of romance and heroism. There was this prayer which depicted the story of a child priest of the Guruvayur temple who had to attend to his father’s duty of puja in his absence. The little boy conducted all rituals of puja sincerely, prepared the prasadam (food to be offered to deity) and waited eagerly for the God to appear in person to take the offering. He did not know that this prasadam was to be taken out of the shrine for distribution among other poor employees connected with the temple. The child priest appealed to the God with tears in his eyes to accept the offering, otherwise he would be scolded or punished by his father for not being able to perform the puja correctly. Finally, Lord Guruvayurappa, out of sympathy, was compelled to take the food prepared by the child, but the child was accused of eating the food himself and was humiliated. Finally the Lord appeared again in the dreams of the temple authorities to convince them that the child was innocent.

During those days, the children in our village had little access to printed books other than the school texts. Later I would try to recall how and when the written/printed words started influencing my imagination.

During my childhood, being the youngest child of my parents, I had the opportunity to be the happy recipient of such stories from the elders. When I used to read Ramayana, Mahabharatha and other puranas (which contain lots of stories as we all know) for my mother, she used to supplement it with her own reading into them which was probably gained from the worldly wisdom and experience. Here you get to learn the strange trick that one can make his or her own stories. This reminds me of my elder brother who was in Delhi during those periods.

The period was early 1960s when my brother shifted to Delhi after getting employed in the Central Secretariat. Before that he was a schoolteacher in our native place. After going there he developed a strange habit of sending stories to the children and elders of the family. The exact reason why he took to this hobby was unknown or rather immaterial to us as long as the children in our joint family had a continuous supply of letters containing stories once or twice during a week. When one thinks of it now, it may not be wrong to suggest that he was attempting to widen the mental horizon of the children.

Anyhow everyone in the family including elders used to eagerly await the postman who brought the inland letters containing these stories addressed to us. Being the youngest, I had the privilege of being the main or the first addressee of these letters.

These inland letters contained stories of all sorts, fables, moral stories, mythical ones and contemporary stories written for children, all sufficiently interspersed with humor to make them interesting to children.

Now I understand that he might have drawn from foreign stories also but gave them local habitation and name so that they were more appealing to us. Being a person who was suddenly transported to a metropolitan city like Delhi from an entirely different world in Kerala, this adventure of making stories and posting it probably provided him the means to overcome the adjustment hurdles he might have faced during the initial stage of his settlement in the city.

I think that all imagination is essentially concerned with the task of connecting heaven to earth and earth to heaven. We weave stories for a purpose, and when we do, we are often responding to a craving within us to tell our stories. Adults and children alike, can be glued to a well-narrated story. It still remains the medium of connect between children and grandparents, uncles and nieces/nephews, and essentially caters to that basic requirement for stories. It is the inheritance that is never lost in the passage of time. 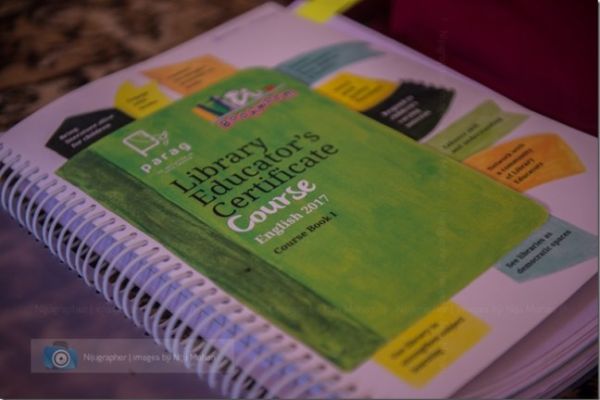 When I was first asked if I wanted to do the Library Educator’s Course, I felt excited at the opportunity to learn more about library work. 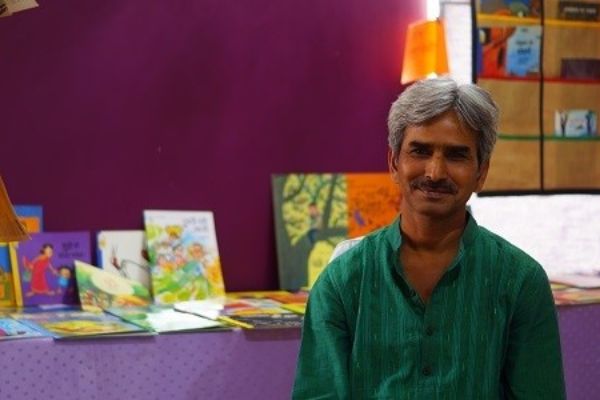