Blog By Amrita Patwardhan Under Parag Reads On 4 October 2019

Brown girl dreaming (2016, Puffin Books), is a poignant childhood memoir by Jacqueline Woodson, told in verse. It is a kind of a young adult book that lingers in your mind long after you have set it aside. The author was born in Ohio in 1963 and grew up in South Carolina with maternal grandparents and then in Brooklyn New York where her mother shifted.

The memoir unfolds against the backdrop of the civil rights movement in United States. The author was born in  1963, the year Martin Luther King gave his famous speech, ‘I have a dream’, in Washington DC and three years after Ruby Bridges, a black first grader entered non-segregated primary school in Lousiana, escorted by police and assing through protesting crowd, hurling abuse and studied for a year as the only student in the class or some years after Rosa Park refused to give her bus seat to a white passenger in Alabama, starting off the civil rights movement. This
setting gently slips into the poems on and off.

(Excerpt from the poem ‘Second daughter’s second day on earth’)

Central to the memoir, however, are the author’s recollection of relationships – with siblings, parents, maternal grandparents, friends, etc. It is the warmth and authenticity in these relations that stays with the reader. There are references to hardship, hunger and estrangement in the pages as well, but what creates a lasting impression are nurturing relationships, strong family bonds, space to explore and discover one’s strengths and emerging sense of self and identity in a young girl, growing up in changing times.

The loving bond with maternal grandparents and sense of affirmation that it creates, unfolds early on in the book, drawing us into little Jacqueline’s world.

You don’t need words on a night like this. Just the warmth of your grandfather’s arm. Just the silent promise that the word as we know it will always be there.
(Excerpt from “Sometimes no words are needed”)

On her website, the author shares that she wrote Brown girl dreaming because, “I wanted to understand who my mom was before she was my mother and I wanted to understand exactly how I became a writer. So I started researching my life, asking relatives and talking to friends – and mostly, just letting myself remember.”

We do develop a picture of her mother, being her own person, raising four children by herself in New York and her determination to raise them in a setting that would support their growth. A place, where children can walk free and build their future.

A more complex and well-rounded account of sibling relations unfolds through the page. These relations are filled with companionship and shared experiences, concern, jealousy, appreciation of other’s strengths as well as burden of being compared to an academically brilliant elder sister or elder brother who has a magical singing voice, and quietly searching for one’s own calling.

As an educator interested in emergent literacy, what fascinated me equally was the author’s account of her sister’s precocious reading skills and immersion in reading, as well as the author’s own journey of discovering joy in making up stories, of imagining worlds, pure joy of holding her blank composition book, her struggle with reading and  writing, delight of creating her first book ‘Butterflies’ with seven poems, of the affirmative role of primary school teachers, like Ms Vivo, who, by telling the author, “You’re a writer” instilled a belief in her abilities.

Brilliant! My teacher says, smiling Jackie, that was absolutely beautiful. And I know now, …Words are my brilliance.
(Excerpt from ‘The selfish giant’)

Along with family and teachers, the role of the public library in providing access to books and also space to
choose and not being judged also shines through.

Every Monday, my mother takes us to the library around the corner. We are allowed to take out seven books each. On those days, no one complains that all I want are picture books.

Those days, no one tells me to read faster to read harder books to read like Dell. No one is there to say, Not that book When I stop in front of a small paperback With a brown boy on the cover, Stevie

This is a deeply affirming and moving memoir of a writer that is worthy of all the accolades it has won – Newberry honour, National Book Award, Coretta Scott King Award and many more. I have no hesitation in recommending this book to young adults and adults alike.

I recommend this book for teachers and librarians for multiple reasons. First and foremost, because this is a ‘good’ book and is an enriching read. The book can work well in a language or a social science classroom or for  independent reading in middle and highschool. It can be a wonderful resource to understand auto-biographical writing, especially one that focuses on childhood memories. It lends itself to comparing the memoir of this African American writer with that of Dalit writers in India. The book is a rich exposure to children in free verse as a form of expression and encourage them to explore this form of writing. In a social science classroom the book can be a great
resource to understand the social-political context of the civil rights movement and what the struggle for equity and rights meant to ordinary citizens, including children.

Given the many strong themes that the book explores, it also lends itself to introducing a single poem that has appealed to the teacher and unravelling it deeply. Every good book opens myriad ways in which it can inspire us to understand, share, explore the world that it depicts. I am sure teachers can find their own ways of engaging with this book for themselves and their classrooms. Teachers can come up with better ways of using the book, than what is suggested by the publisher in the guide that is available online!

The author is an educationist who has worked in the education and development sector for nearly two decades. Early literacy, children’s literature, tribal education are her areas of interest. She is currently the zonal head for north at Tata Trusts. The views expressed are personal. She can be reached at <amritapatwardhan@gmail.com>.

This book review was first published in Teacher plus October 2019 issue. 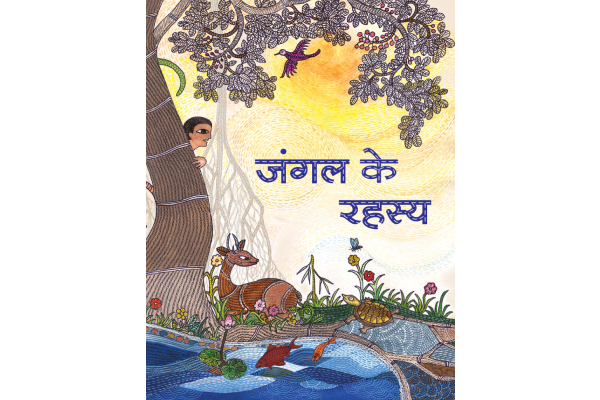 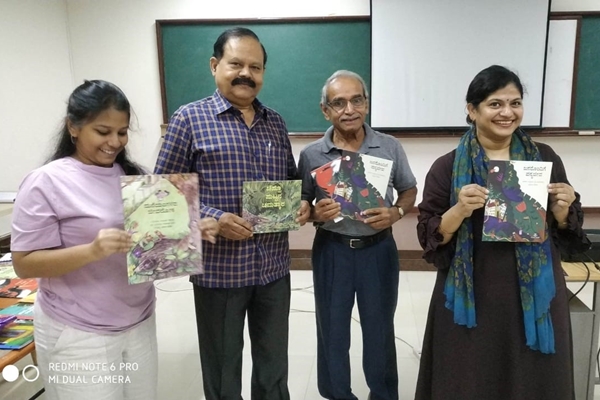 In 2018 the Big Little Book Award for Author went to Mr. Nagesh Hegde for significant contribution to Kannada children’s literature.